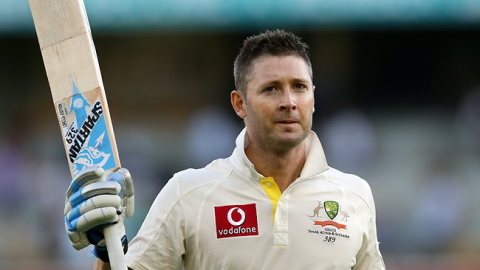 For all the rubbishing of Australia over their disastrous defeat at the hands of England at Trent Bridge, Michael Clarke has been at the centre of it in many ways.

The on-field leader, Clarke demands and takes responsibility for his now former charges, as of the end of the Ashes series.  END_OF_DOCUMENT_TOKEN_TO_BE_REPLACED 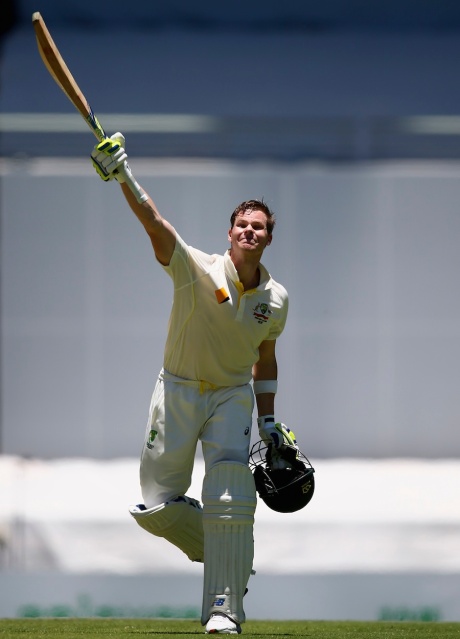 Michael Clarke watched on from his home in Sydney, live tweeting his thoughts about the game.  The crowd and audience were glued to the action in earnest and suspense; more so after India were able to post a competitive total with the bat. END_OF_DOCUMENT_TOKEN_TO_BE_REPLACED

From ball one Pakistan played the Dubai conditions exactly right.  Many criticised the defensive mindset of the hosts top order batsmen, but it proved to be the ultimate victory as Australia was crushed by 221 runs.

While Mitchell Johnson’s stumping in the second innings – which left Australia reeling at 9/213 – was said to be lineball, there was very little the tourists could do under the onslaught. END_OF_DOCUMENT_TOKEN_TO_BE_REPLACED

Dale Steyn has to be a threat come November (picture: Google)

Raise your hand if you’re excited for the summer of cricket to hit the shores of Australia.

If you did, then the first visitors won’t disappoint; the ever talented South Africa. 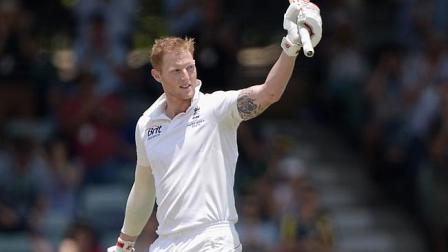 It started before the first test at the Gabba – but in reality audiences tuned in on November 21, 2013.  Never would anyone – even the Australian fans – have picked such an accomplished demolition job of the opposition as the final result. END_OF_DOCUMENT_TOKEN_TO_BE_REPLACED 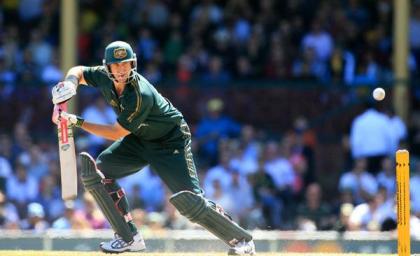 Matthew Hayden in One Day Colours (photo: The Age)

Well, one answer could be nowhere.  The experience still exists, but is forgotten amidst the desire to select the brightest prospects as mere “pups”.

Ten years ago, Australia’s test side was comprised of experience, runs and depth.  END_OF_DOCUMENT_TOKEN_TO_BE_REPLACED

I don’t want to be one for calling out names, or the media, but there comes a moment when you have to ask how far is too far – especially when it comes to the Spirit of Cricket.

England, in a sense, has been caught off guard with the powerful response from Australian fans after their victory in the 2013 UK Ashes tour. END_OF_DOCUMENT_TOKEN_TO_BE_REPLACED 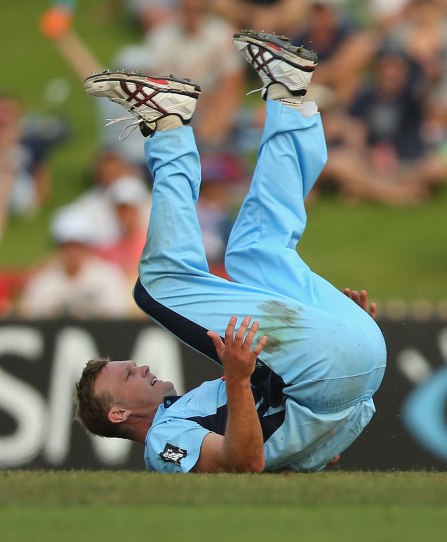 They both play for the same Big Bash League team, the Hobart Hurricanes.  When it comes to the two longer forms of the domestic game, the left-arm and right-arm quick respectively are on opposing sides.

Enter New South Welshman Doug Bollinger, and Tasmanian Ben Laughlin.  One steams in with sheer determination, the other bowls extremely well at the death of 20 over and 50 over matches.

END_OF_DOCUMENT_TOKEN_TO_BE_REPLACED

(A focus on his test career)

The touring English fan base, the Barmy Army, have a saying for Australia’s left arm quick, Mitchell Johnson.  Here it is:

END_OF_DOCUMENT_TOKEN_TO_BE_REPLACED 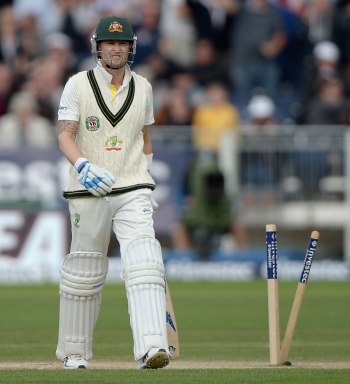 What was there for the taking ended up in utter disaster at Durham on Monday, the fourth day of the fourth Ashes test.

Set a victory target of 299, Australia tumbled from 2-147, after the fall of Usman Khawaja, to 224 all out, losing to England by 74 runs.  A grim picture after giving themselves every chance to win their first test of the series. END_OF_DOCUMENT_TOKEN_TO_BE_REPLACED