Ian Bell hits one away at The Oval (photo: ESPN Cricinfo)

What we saw across the months of July and August was highly thrilling cricket, yet laced with controversy.

The Ashes provided the ground, TV and radio audiences with some super displays of batting and bowling, along with some very dubious decisions and skill errors. END_OF_DOCUMENT_TOKEN_TO_BE_REPLACED

The sport is rough, tough, and ultra fast. It is no holds barred if the players want to get in on a piece of the action.

He has been the stalwart of the Victorian Bushrangers since the tragic death of then coach David Hookes in 2004.

For almost ten years, Greg Shipperd has overseen what is arguably one of the strongest lists ever seen in Australian domestic cricket.  The Victorian presence in the Australian side has substantially lifted in the last decade. END_OF_DOCUMENT_TOKEN_TO_BE_REPLACED

What was there for the taking ended up in utter disaster at Durham on Monday, the fourth day of the fourth Ashes test.

Set a victory target of 299, Australia tumbled from 2-147, after the fall of Usman Khawaja, to 224 all out, losing to England by 74 runs.  A grim picture after giving themselves every chance to win their first test of the series. END_OF_DOCUMENT_TOKEN_TO_BE_REPLACED

The Brisbane Lions today announced that coach Michael Voss will not have his contract renewed come seasons end.

Voss took over the coaching reins from Leigh Matthews at the end of the 2008 season, and took the Lions to finals in the 2009 season.  It is reported the club offered Voss the opportunity to coach out the year, but he is believed to have declined. END_OF_DOCUMENT_TOKEN_TO_BE_REPLACED 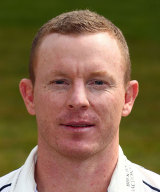 Chris Rogers has toiled hard for his scores on both Australian and English surfaces.  He has peeled off more than 20,000 runs at First Class level, and has an impressive 60 centuries to his name. END_OF_DOCUMENT_TOKEN_TO_BE_REPLACED

(the official launch was held on Tuesday, simultaneously in New Zealand)

Several hundred people eagerly piled into the Peninsula function centre at Docklands on Tuesday morning, as the International Cricket Council (ICC) prepared to announce the venues, pools and fixtures for the 2015 Cricket World Cup, and officially launch the tournament. END_OF_DOCUMENT_TOKEN_TO_BE_REPLACED